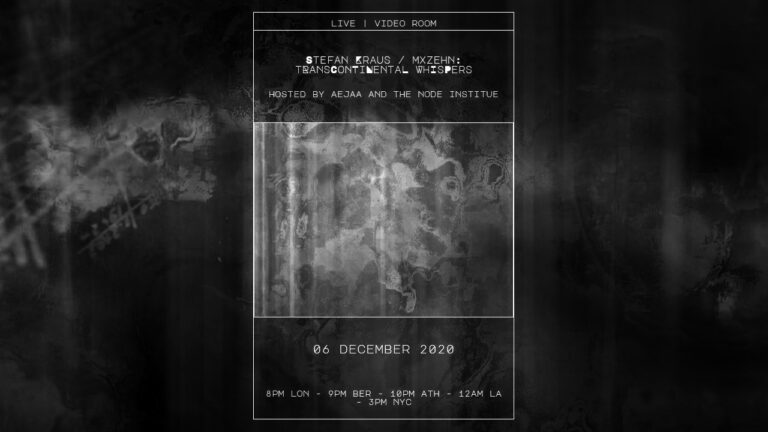 Transcontinental Whispers is an ongoing project which considers the nature of live performance in the digital realm. The concept is roughly based on and best explained by the well known “whispering” game, in which one participant whispers a word in their neighbour’s ear, who then whispers what they think they understood into the next person’s ear until the word arrives back to the original source.

Through multiple “human factor” filters, the word becomes distorted and the message takes on new meaning. Transcontinental Whispers follows a similar approach; it will, however, use an audiovisual signal instead of a word and not stop after just one round.

There are six players in the game, spread out over different continents. Each of them only  receives the signal (1920x1080p30) of their predecessor in the chain. The last output is fed back into the first input and the feedback circle is closed.

This creates a gigantic looping machine, as the signal requires approximately 20 seconds to travel from one artist to the next, and every action needs about two minute before it arrives back to where it started.

None of the performers will have a complete overview and the performance will be strictly improvised. Nobody knows what is going to happen on December 6th! The audience will be able to follow the performance at aejaa – a new online performance space for real time remote collaboration – where Christos Atzinos and Andreas Levisianos mix the final stream.