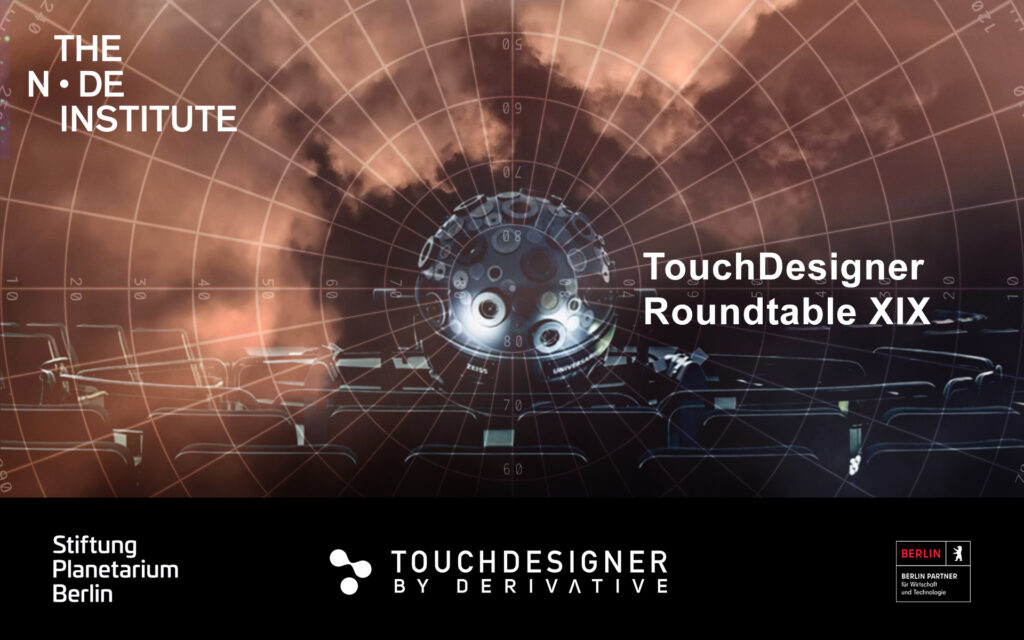 Organized by The NODE Institute, the TouchDesigner Roundtable Berlin is the meeting point for creatives and developers who work with the visual development platform TouchDesigner as well as everybody who is curious about the world of interactive media art and the people behind it.

In 2023 the Roundtable will venture out to different partner locations in Berlin. The first edition will bring us to the Zeiss Grand Planetarium, one of the most modern science theaters in Europe. The large planetarium hall with 307 seats has been equipped with state of the art realtime media technology and an impressive spatial audio system.

Please be aware, that we start half an hour earlier than usual and will not be able to let people in who come too late!

To secure your spot in the dome, please get a free ticket!
Ticket sale starts on Thursday, the 12th of January, 10 AM
Tickets are limited to 75 attendants.

We will stream the talks on our Youtube channel2 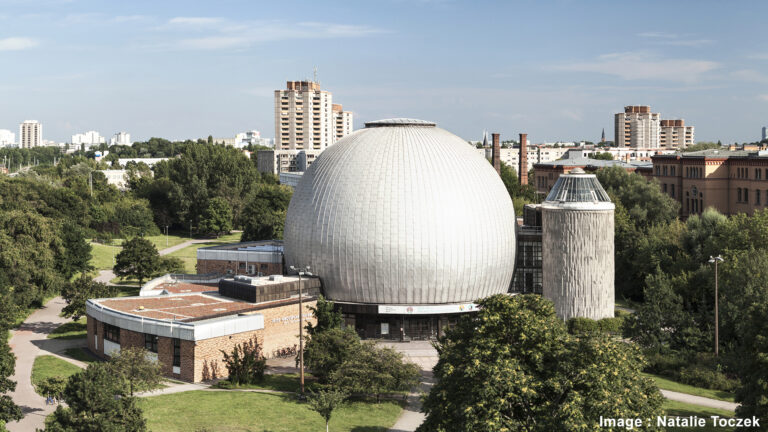 Georgios Mavrikos is the production engineer at the Zeiss Grossplanetarium Berlin. With a demonstrated history of working in the museums and science theaters industry, Georgios has unparalleled experience in full dome video production, planetarium technical support and audio engineering. Under his supervision, the Zeiss Planetarium has now a 4k TouchDesigner media server, that enables creators to edit and preview realtime animations directly on the dome, a very rare feature that is nothing short of a game changer in the world of full dome experiences. Georgios will give an introduction to the dome system and how to play content directly from TouchDesigner to the dome.
www.planetarium.berlin 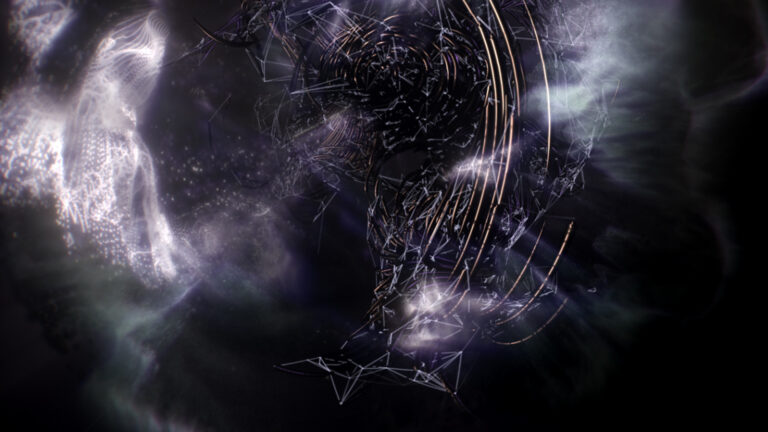 Carlos is a Berlin based media designer from Colombia. He was one of the first Roundtable presenters and now he is back to talk about his recent full dome audio visual performance Reminiscent Delusions that was created in TouchDesigner and Unreal Engine.
His methodology is to sample elements from the physical world and bring these elements into the digital realm leveraging techniques such as photogrammetry, 3D scanning and volumetric video recording.
https://www.instagram.com/cayequitas 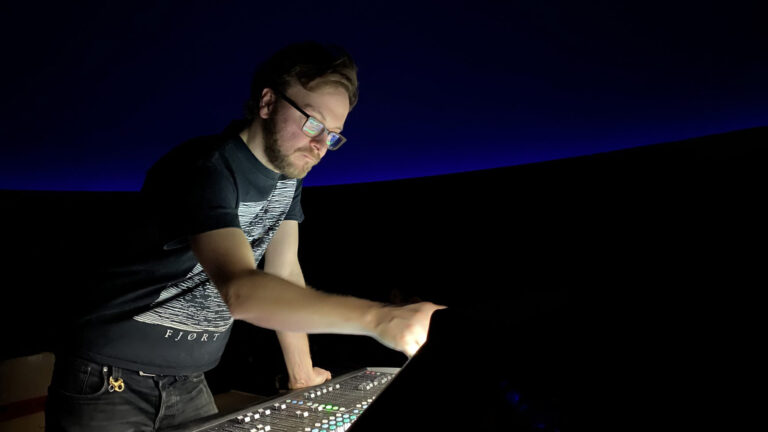 Timo has been working in 3D-Audio for seven years, focusing mainly on non-standardized setups in planetariums, art, and industry contexts. He is also co-founder of the Spatial Media Lab, which tackles challenges in creating interesting immersive visual and audio experiences. Its core proposition is accessibility through open-source and open-knowledge principles. Timo will give an introduction into the work of the Spatial Media Lab and explain how the 3D audio system at the Planetarium works and how it can interface with the TouchDesigner system ibid.
https://spatialmedialab.org

Who is this for?

This is the Meetup for TouchDesigner interested open minds based in Berlin or visiting us in Berlin. Its a meeting point for creatives and visual developers, interactive media, digital art, technology and design enthusiast. We are open to anyone who wants to join, no matter if you are an expert or beginner, a famous or breadless artists, a designhead or technologist, a piano player or techno musician. We are especially open for newcomers, P.O.C., women and LGBTQ+ creatives.

The TD Roundtable XIX is being supported by:

The TD Roundtable XIX will meet at: